There was a lady using the ‘Drops’ for a while already. However her husband was skeptical yet. One morning they had a quarrel. The lady was much more heated, than what the situation would bring forth normally. She just was not able to handle her emotions, overreacting, she struggled, and fought. It was not the first time that this was happening.

There was a lady using the ‘Drops’ for a while already. However her husband was skeptical yet. One morning they had a quarrel. The lady was much more heated, than what the situation would bring forth normally. She just was not able to handle her emotions, overreacting, she struggled, and fought. It was not the first time that this was happening. 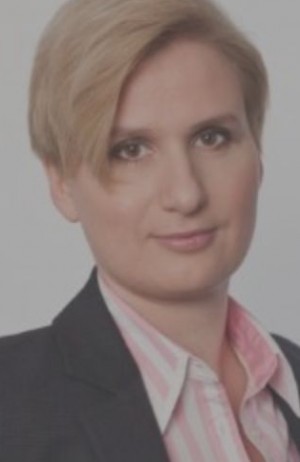 She knew, that the Matrix Drops Computer measures the actual emotional blocks, internal and external traumas of our being, just as the unbalanced behaviors at the very moment of scan. The computer selects the adequate Drops regarding each individual’s necessity. The computer has identified the problem. It was so accurate, what she could not imagine before. She has read her feelings shown on the screen, to the outmost accuracy, better than how she could ever put them in words herself. She did buy the drops right away, and started taking them. Then she went to work then home and had such a relaxing goodnight sleep the very same night. The next day she woke up perfectly rested. She felt completely a new person.

She has been regularly visiting places since she was 20 to handle her emotional problems, keeping her life manageable, so she did not even remember how the sleep through the night and wake up rested. She was previously dealing with constant pain in the belly area throughout her life but this morning was different. The pain was totally gone and vanished. Like it had never even been there.

Her muscles were relaxed and well rested. She said to me later that day, that before it felt like she had a bag of soil inside. But from this morning that same part of her body has felt healed and cleansed. This feeling was very much like she felt when watching TV ads about shampoos, with beautiful, clean, shiny, airy hair, blown by the breeze. Her husband noticed the changes immediately and even remarked on her surprising attitude change. Hearing it she decided to tell him the whole story from the beginning. She said following their morning conversation she went to have herself scanned, because she knew it would work surprisingly well. She always wanted to change and she has realized the time has come. Her husband was still skeptical. But she just went on and told him how well the computer has described her physical, mental and emotional state. He asked her to mention some points from the analysis. So she did.

By the time she finished he was astonished. He could not believe what he just heard. It was shocking  because the test result was very precise not only about her feelings, but it gave an exact description about what the outsiders experienced and felt about her, and her behavior. The husband got under the effects of what he just experienced and heard. He asked her wife to explain it again how the whole method works. Listening to her, his perspective of the Matrix Drops Protocol has changed forever. Her whole story impressed him deeply. A day before he would not believe that all these changes could ever happen.

This lady has been living a completely new life since. Using the drops she was able to identify and look at the real source of her frustration from the past. Thus, by now she is able to separate the impact of her past from impressions in the present. Which means that her reactions reflect real situations, not stringed memories. She is 45 years old. For the past 25 years she was struggling with relationship and job issues and going through “survival mode”. Now she is able to change the punishing attitude thanks to the Matrix Drops Computer and Drops of Andras Kovacs-Magyar.